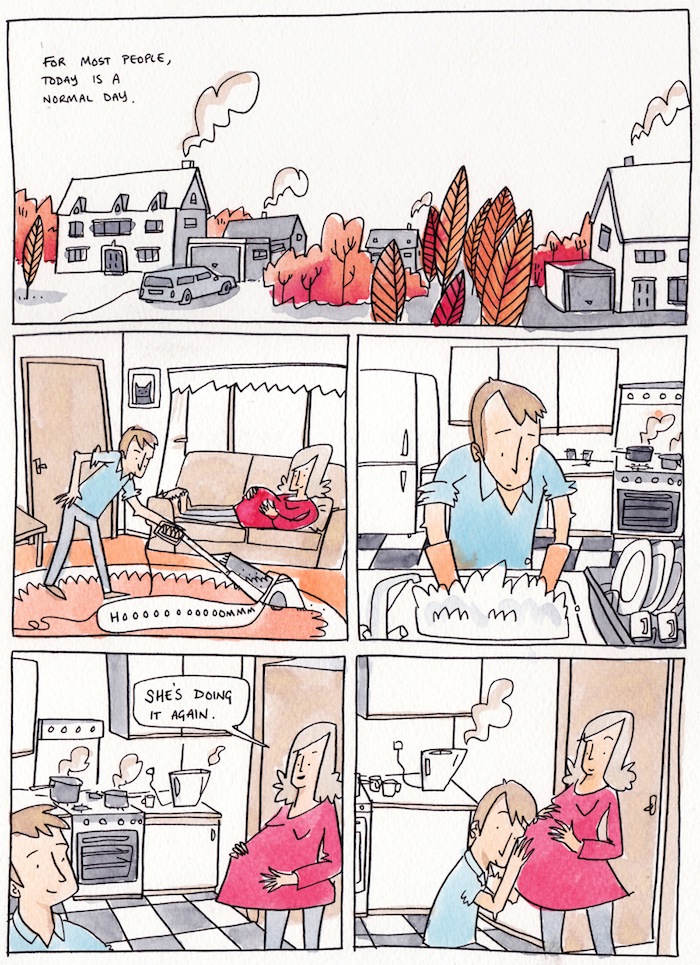 At all of the comics shows I’ve done in the last year, I get asked essentially the same question about Cat Island; it’s usually a variant of ‘how do you do that in a day?’ Well, here’s how.

This is a guide based on my experiences, my working method and the tools I use.

I can’t overstate this enough. The first 24h comic I did was also the first time I’d done anything substantial on a Cintiq, and the learning curve was steep for me. I wish I’d just stuck to my tools and worked in the way I usually did rather than complicating everything for myself by doing something new. That’s not to say that the Cintiq is a bad tool, but for me it was an unfamiliar tool. Multiply that unfamiliarity by the constraints of time and you’ve got a problem.

My 24h comics process is similar to my normal comics process; have an idea, capture it on paper before it disappears either as a script or outline and then start working on roughs, then when I’m happy (ish) with the roughs, draw them up on nice paper on the lightbox. 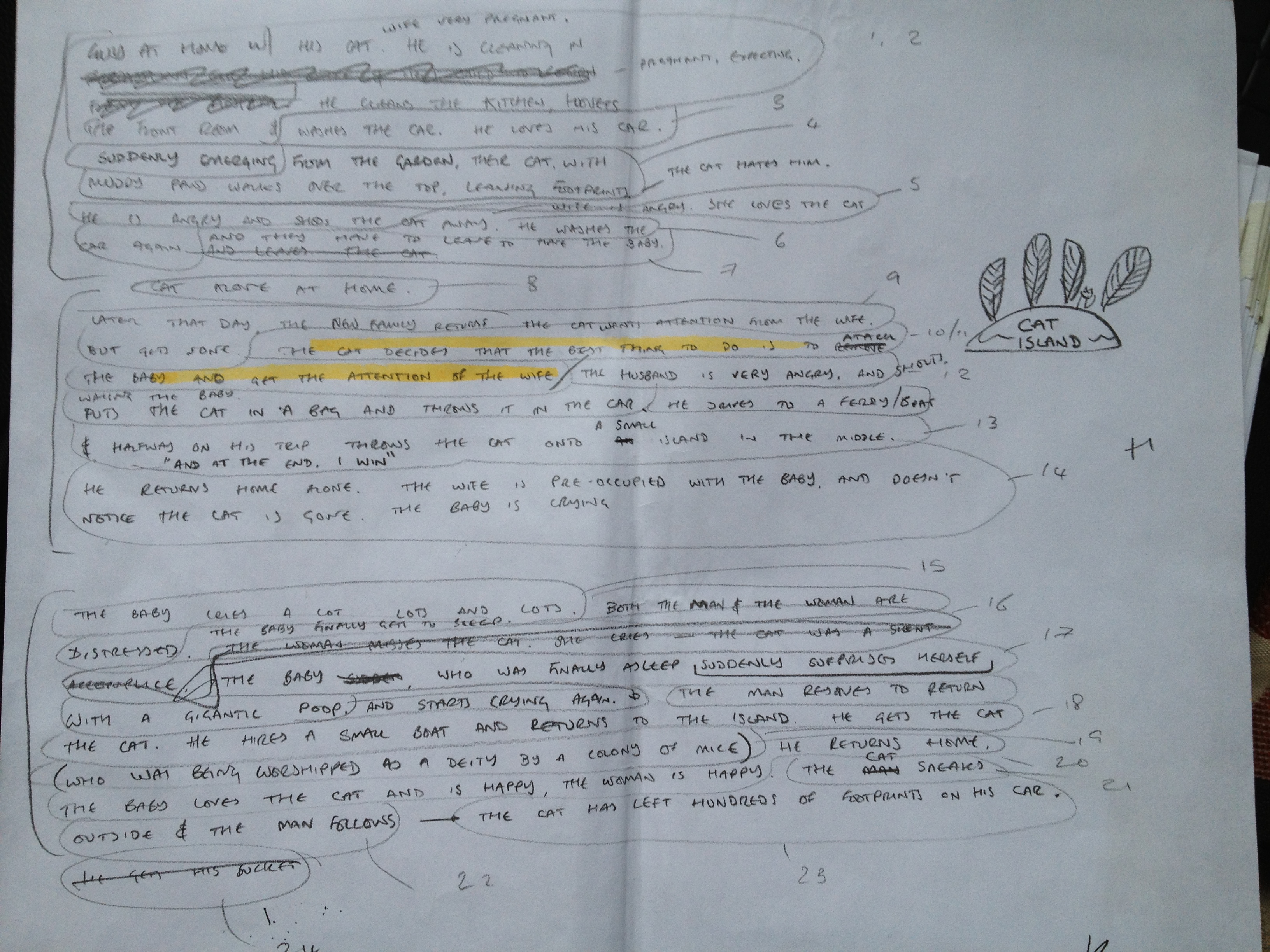 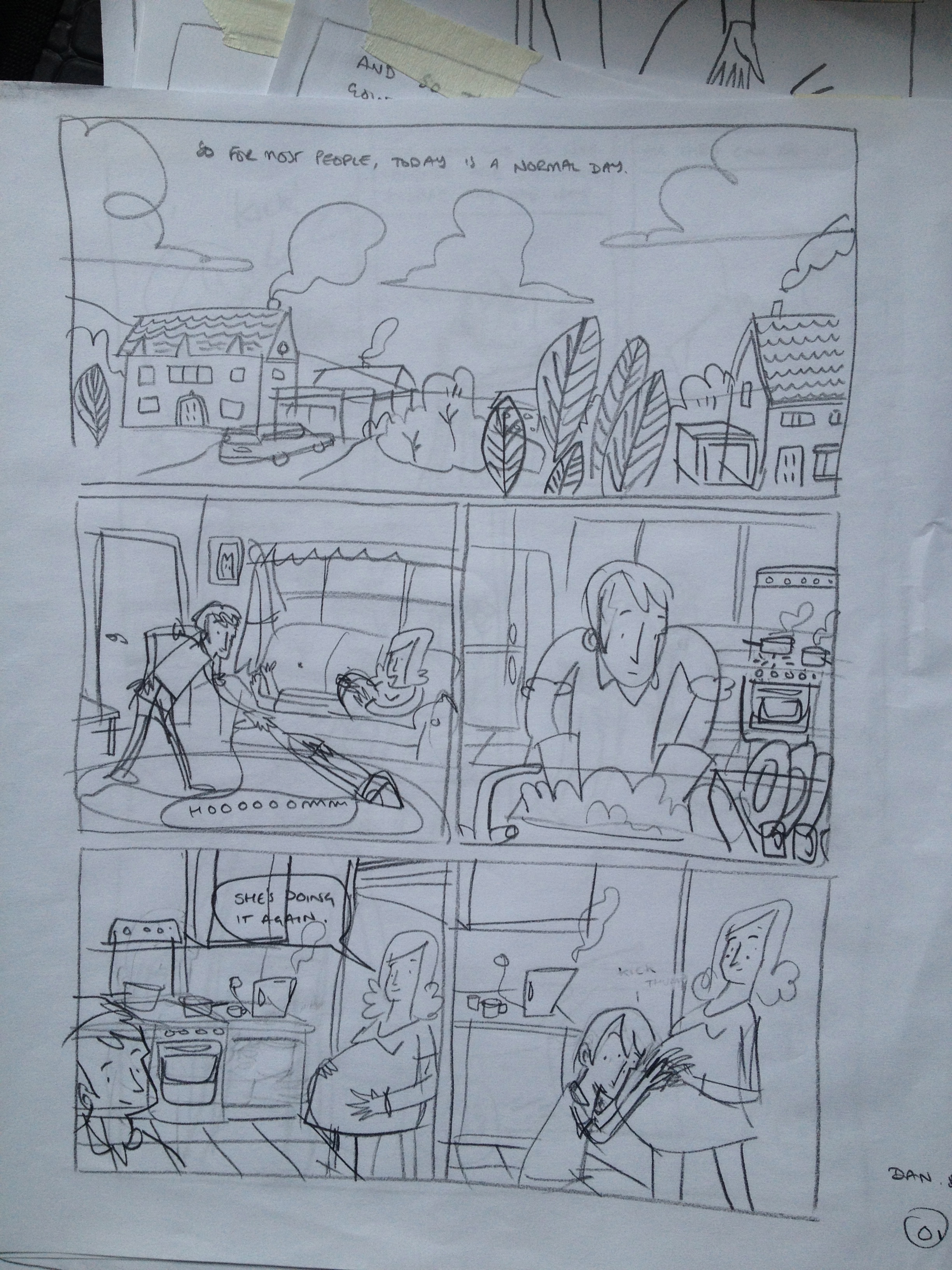 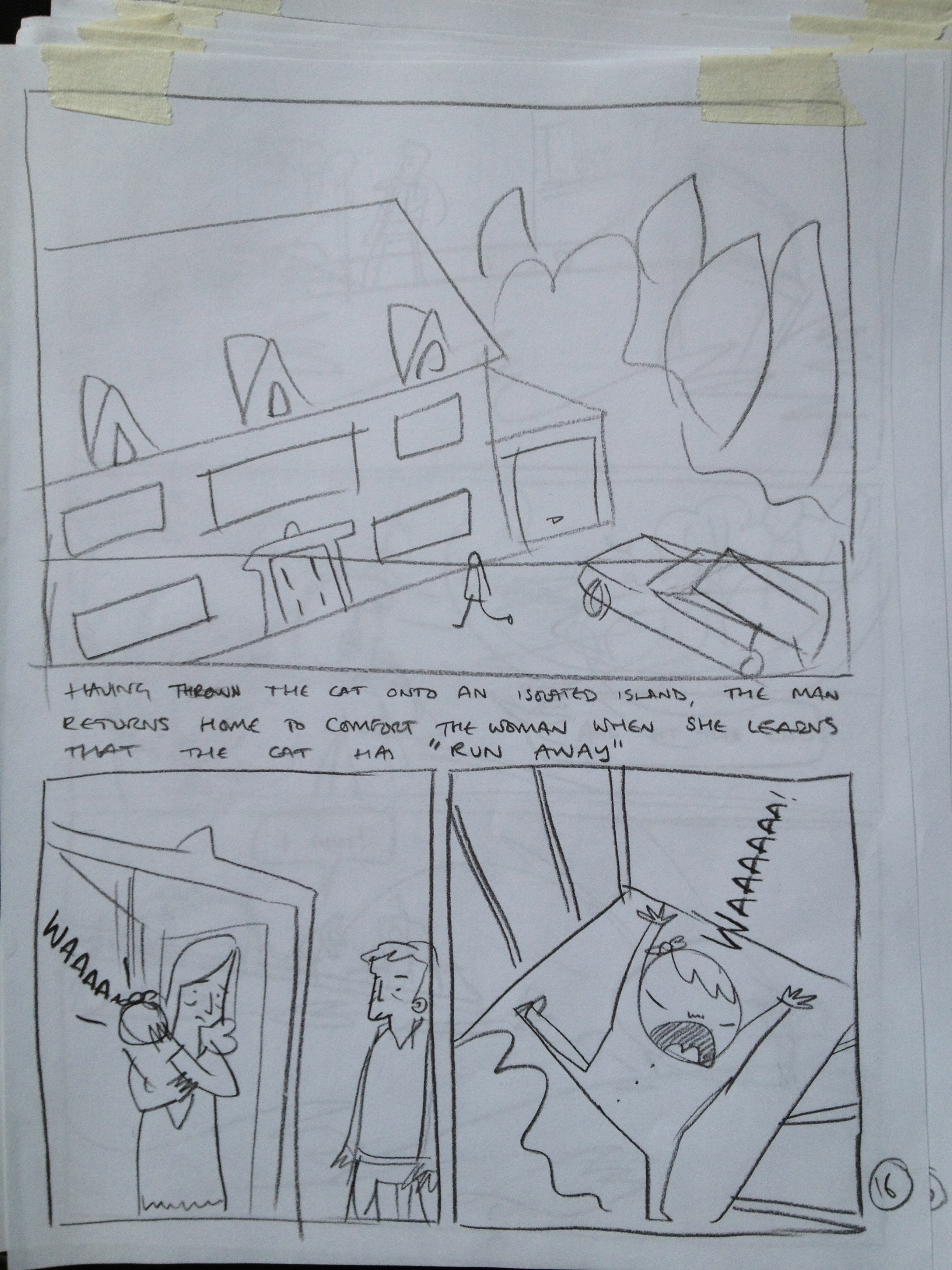 The way I draw means that I work quickly anyway, but it was important for me to make a plan and stick to it. When you are 12 hours into a 24h comic and the tiredness and doubt set in (they really do) the last thing you need is to start making decisions. You have to try and make all your choices early on before your judgement is impaired by fatigue. You can see above that my roughs really are very rough. I don’t do polished pencils anyway because I want to make sure the final page feels spontaneous and dynamic. When I draw up roughs, I want to get the idea of the page laid out, not all the detail. When I’ve done detailed pencils in the past, I’ve ended up tracing them on the lightbox and I absolutely kill any sense of spontaneity. This is the opposite of what I want. I want all my work to feel like it is the first time it has been drawn. That takes a lot of planning.

Part of my plan was to try and give myself breaks as I drew it, so I balanced the more complex pages out with relatively simple pages. I didn’t mind taking more time draw one or two pages if it set the scene well enough to justify a simple page. Other people work in different ways, but that’s my principle here. As long as I was setting and re-establishing the scene at the beginning and end, I could do something very simple in the middle without it feeling like I was ‘cheating’. 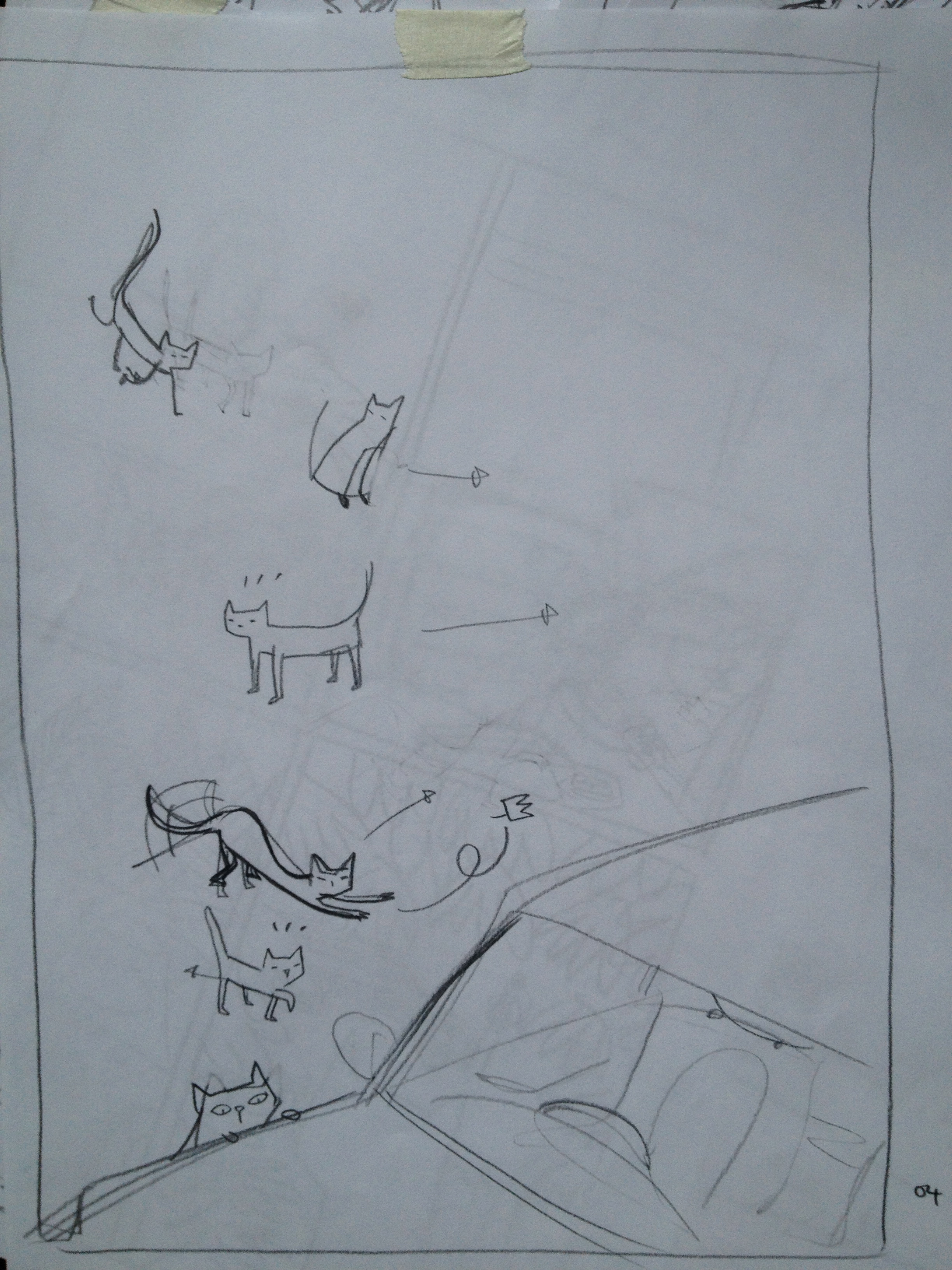 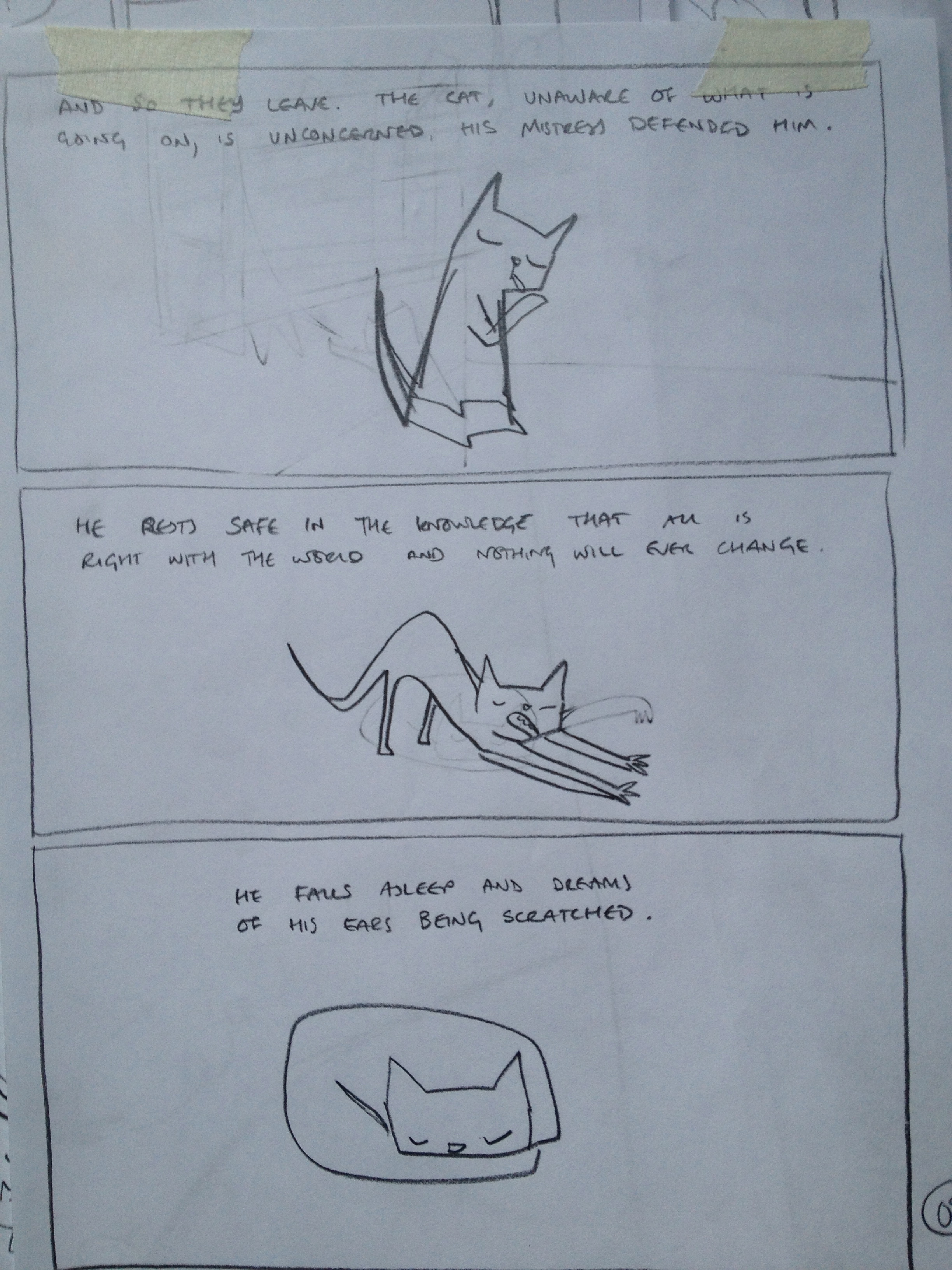 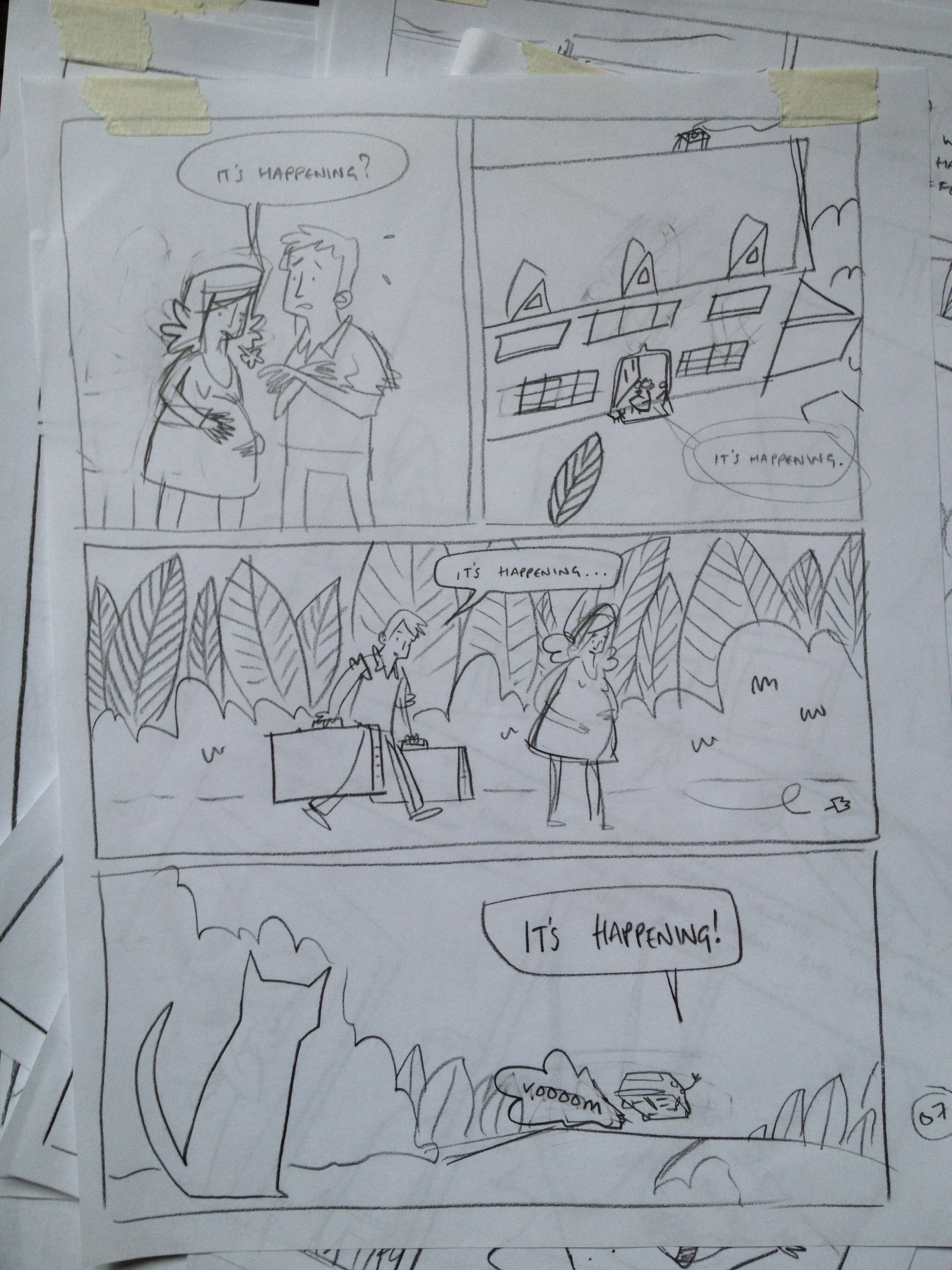 I’ve been drawing with my desk pen, the aqua pens with a pre-loaded ink wash and watercolours for some time now. There isn’t much that will surprise me with these tools now, so they don’t get in the way of telling the story. The start of a 24h comic is not the time to start experimenting with oh, say, a Cintiq or anything else you haven’t used before. With Cat Island, I tried to plan ahead as much as I could. The 24h BD that Lewis Trondheim runs in Angouleme has constraints set at the start so you can’t plan your story out ahead of time, but you can prepare your tools. I made sure that I had the following;

I was tempted to really binge on coffee. This is a bad idea. You get the shakes, and any ‘up’ you get is followed by a ‘DOWN’. Drinking orange juice was good, eating fresh fruit was good, eating bags and bags of sweets was bad. Caffeine and sugar are temporary fixes that leave you worse off at the end.

Rather than saying know your story, which is very difficult when you have constraints set to avoid pre-planning, I think it’s more fitting to say know how stories work. I read a lot of 24h comics in preparation, and I think that there are a lot of 24h comics that just end, rather than conclude. My approach was the problem-solving approach to stories. I gave a set of characters a set of problems and then tried to complicate and then resolve those problems in 24 pages. I started with the end in sight, which gave me something to aim for. I think that without the end to aim for, I would have flapped about in the dark and just finished my comic rather than concluded my story in 24 pages. The story is the reason for the comic, not the other way around.

This bit sounds simple, and it was. Once I had planned everything out, drawing it was actually surprisingly easy. The hardest bit was trusting the decisions you had made earlier that night. You have to be strict with yourself, avoid Twitter and FaceBook, take regular exercise breaks and just get it drawn. I didn’t want to have to do any thinking while I was drawing it, so I did all my thinking early on in the night and then switched over to production mode when I started getting tired. I would ink two or three pages, then colour two or three pages to give myself a bit of a variety.

I honestly don’t really remember drawing any of this comic.

By the end, my drawing hand had swollen up like so; 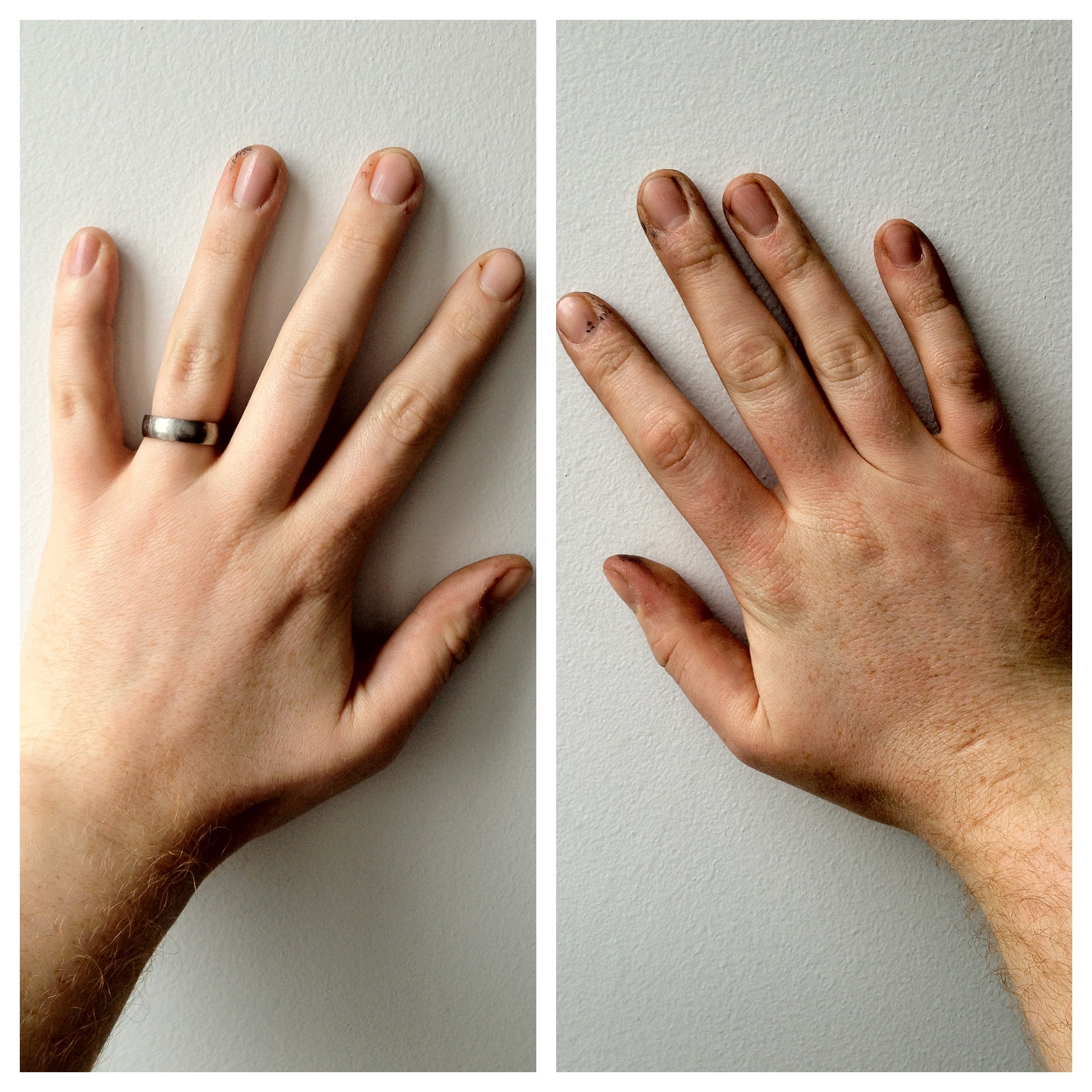 That bit was painful. I couldn’t draw properly for a few days afterwards. I finished this in 20 and a half hours too, so I got to go home and take a nap. That was a great feeling.

That’s about it really. You have to remember that enthusiasm and depression come in waves and that you lose all passion for what you are doing, you get eaten up with self-doubt and you become your own worst critic. Those bits are awful. You also get huge upswings of confidence and energy. You know when people are freezing to death and they don’t feel cold any more? There are bits where you don’t feel tired any more and then you worry that you might be dying. Then, you’ve finished a whole book in one day and you get to go to sleep. In the cold light of day you show it to other people and decide whether or not to print it and post it online. 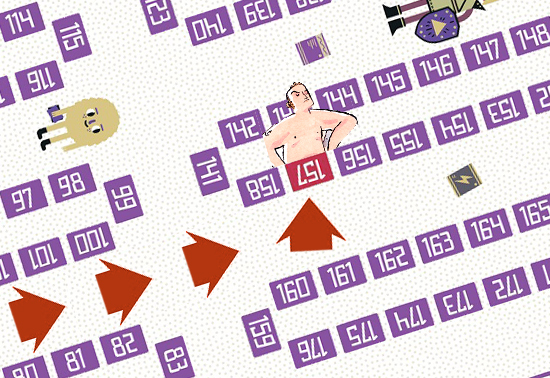 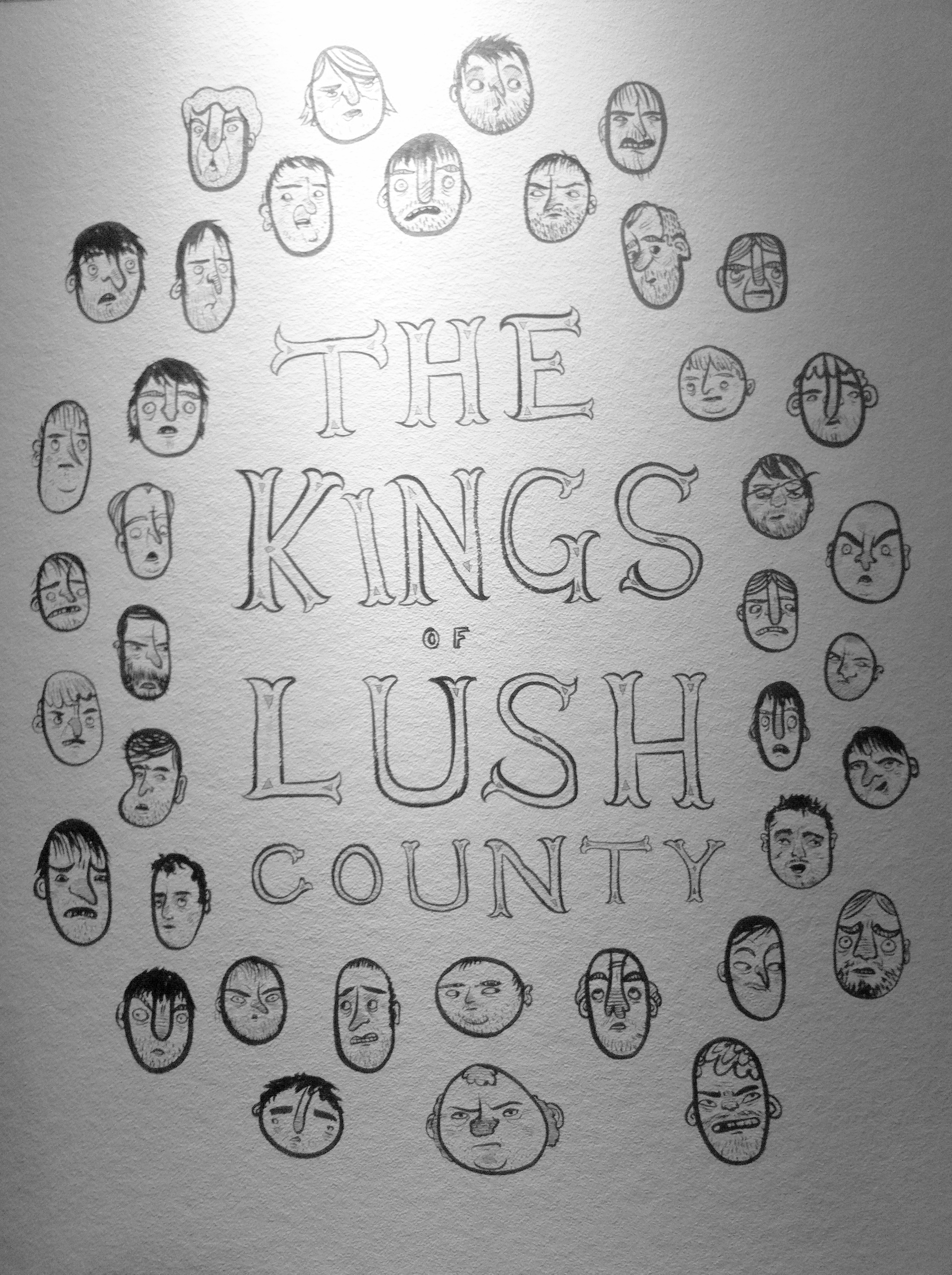 The Kings of Lush County 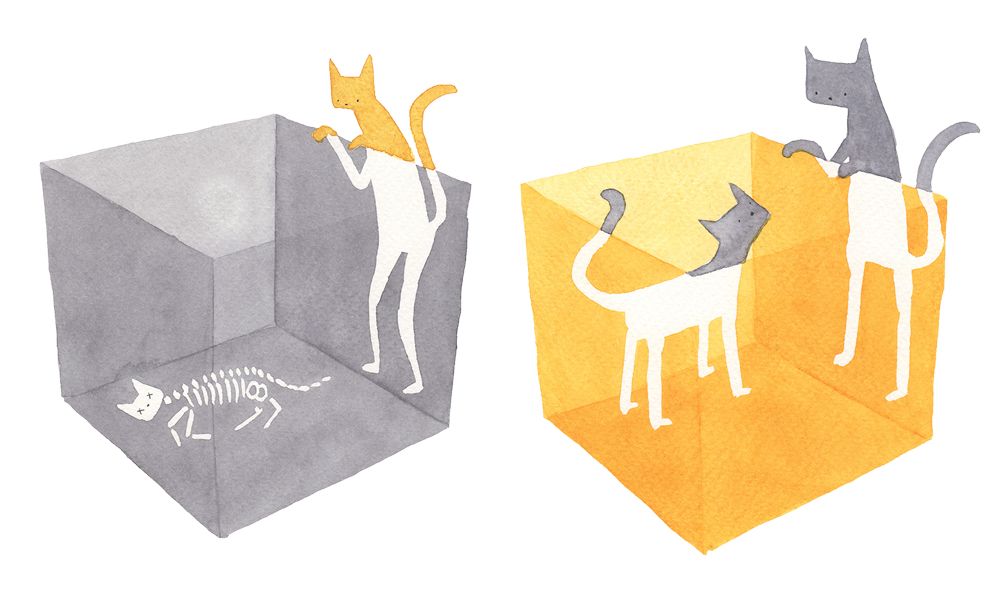 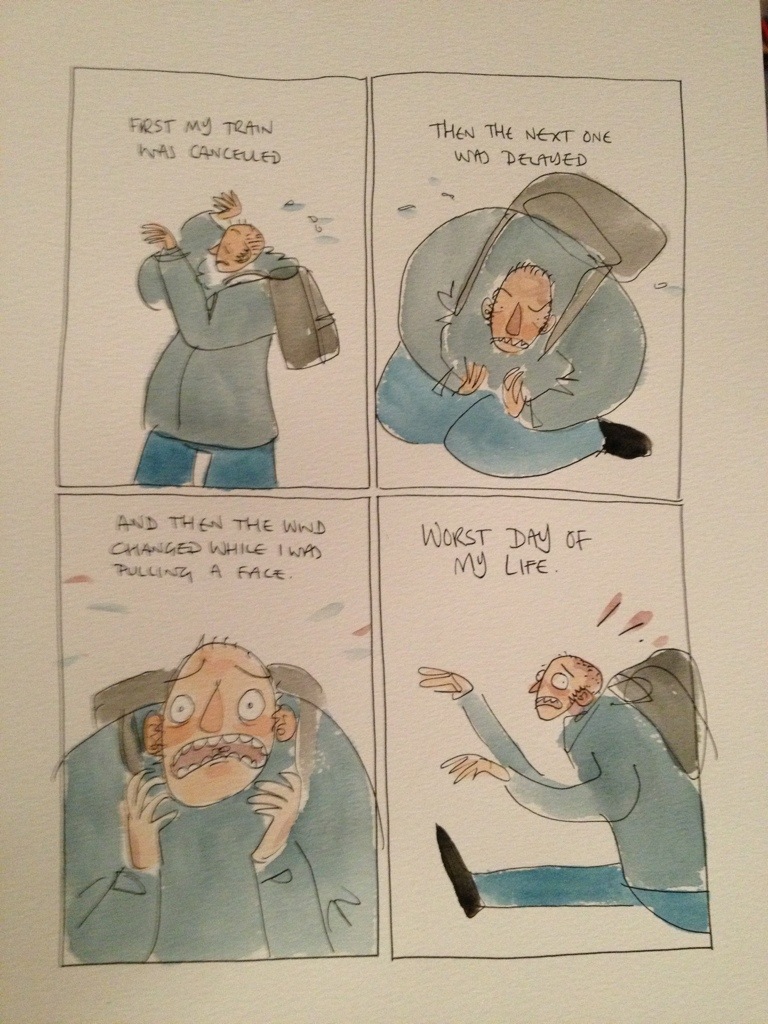