This may be a bit of a niche post, but I love to talk about this stuff. You might not notice much difference between the images I’m putting up here, but I see huge differences in them, both in the quality of line and the way that they work. I’ve been drawing long enough now that I know what I want to achieve with my line. Knowing this has made finding the right pen easier in some ways and much harder in others.

For the longest time now I’ve been drawing pretty much exclusively with a platinum/pilot desk pen. I think the first full comic I drew with that was Cat Island a few years ago. It has been a reliable and trusty pen that has seen me through I don’t know how many pages of artwork and sketchbooking. I’ve worn out about 3 of them though, with another 3 on the way out. I am very heavy-handed with pens. 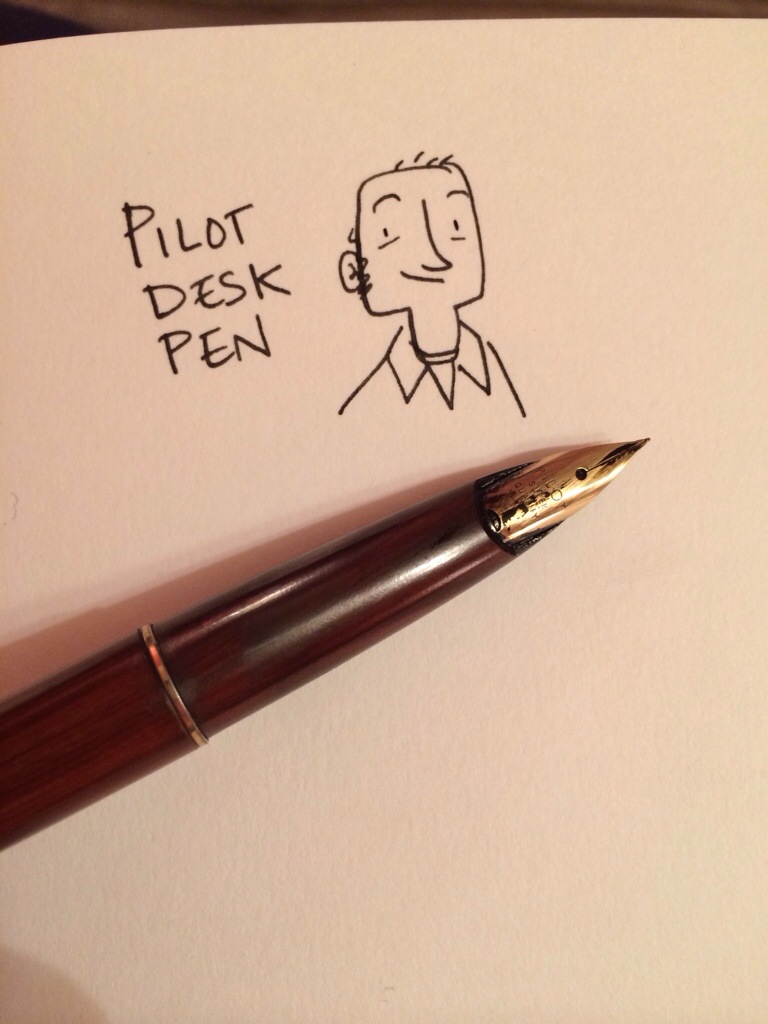 I recently got a Pilot DPN-200-B-EF which I think is the model up from the one I’ve been using. It is a pretty good pen, a bit scratchy and pretty robust so far, but it doesn’t seem to have as much flex as the other ones I’d been using. You probably can’t tell from the image below, but trust me, the DPN isn’t as flexible if you ask me. 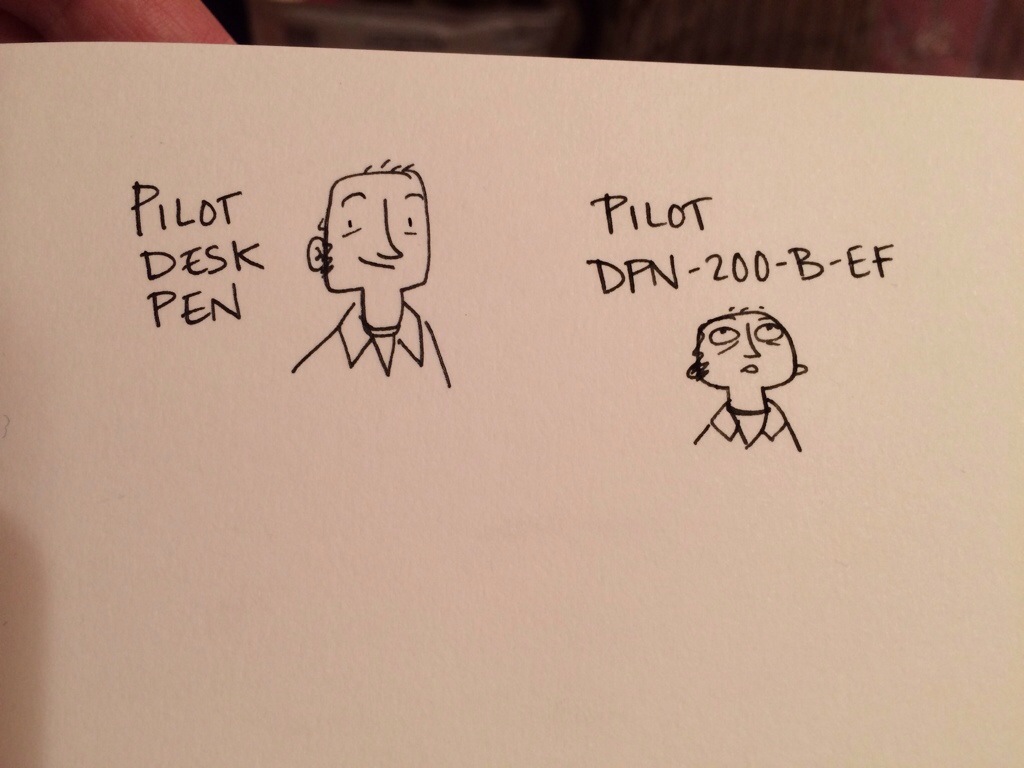 I am of course a restless feller with an enquiring mind and I very much enjoy trying out new pens.

Dustin Harbin was kind enough to send me an FPR Dilli a few months ago. It has a really flexible nib and gives a really nice line. I drew my strip The Devil’s Steps with it. The line is a bit heavy for the scale I’m most comfortable working at but it is a lot of fun to play with.

Every few months I’ll mooch about on ebay looking at all the fancy vintage pens. There is a seller I’ve had a few off who goes by the handle SpeerBob. I’ve had quite a few pens from him and they’ve usually been perfectly fine, with the odd scratchy one here and there.

A few months ago I picked up a Pilot Elite ‘Big Cap’ EF from him and have been getting on with it very well. It has a fairly nice degree of flexibility and seems very suited to the way I letter. It is still a little broad for me though, but not really a big problem. 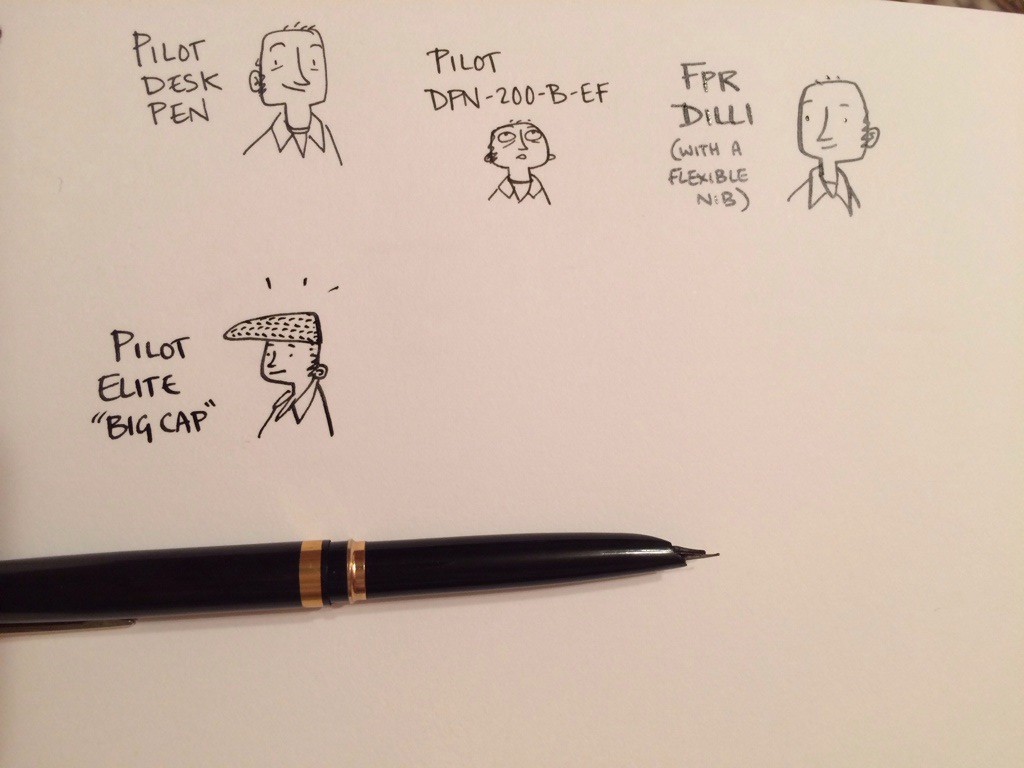 Carry Me was drawn with about a dozen 0.3 Uni fine liners (they only lasted about a page or two before I’d ruined the pen), but the choice to use that pen was based on the quality of the paper I was using rather because I enjoy using it. They are very difficult indeed to get an expressive line with. Very difficult. 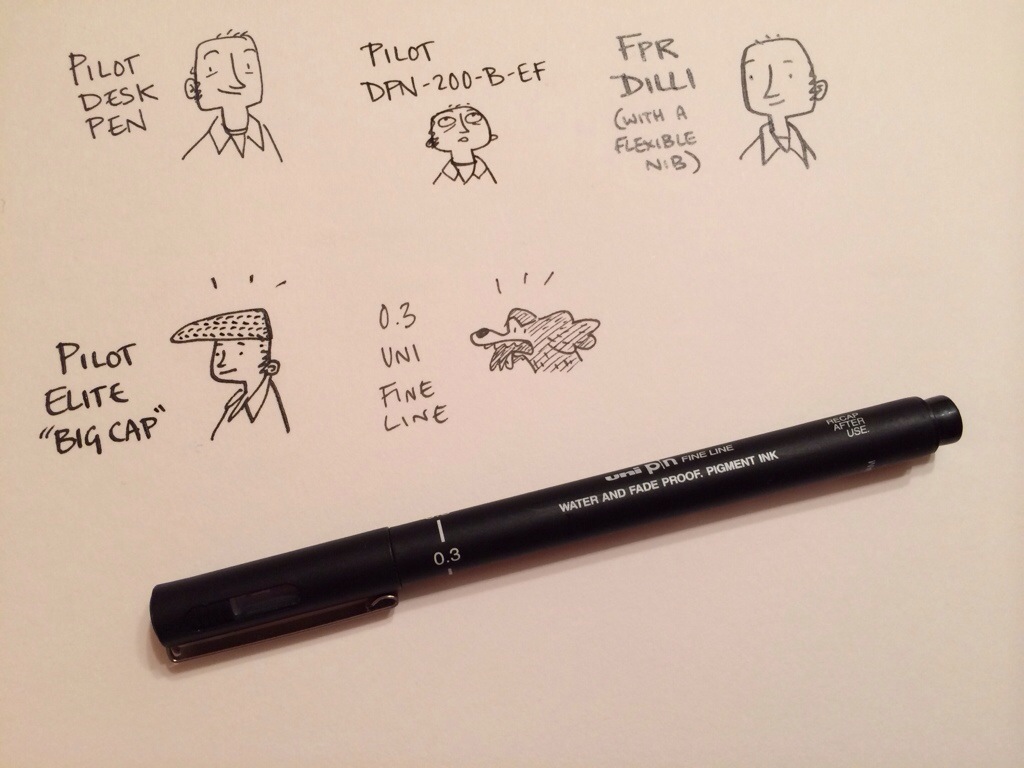 So the other day on the way to pick my kids up I found myself with an hour to kill in town. I live in Shrewsbury, a smallish town near Wales in England. There’s a specialist pen shop there called Write Here. It used to be a specialist pen and kite shop called Write Here, Kite Now, but I don’t know what happened to the kites. It is just Write Here these days. I went in for a mooch about and towards the back I met a guy named John Sorowka sat behind a table teaching another guy how to grind nibs. We got talking, and after a while he had me trying out all kinds of pens, dozens of them, talking about quality of line, the way it’d be used and the problems I’d had in finding the right pen. John is a genuine gentleman with an intimidating range and depth of knowledge of everything to do with pens. I left with two pens, one pen on the day and another to follow in the post once he’d serviced it.

The first pen is a Unic Plextyl. As far as I know, it is a French pen from the 1940s. The nib says ‘303 Stylomine’ on it and it is flexible. I mean FLEXIBLE. The range of line widths that you can get with this pen is frankly mind-bending. It writes very smoothly in all directions too. Although the line, even at the finest it’ll go is still broader than I want for my artwork, it is a really great pen to draw with. Loads of fun. I love it. 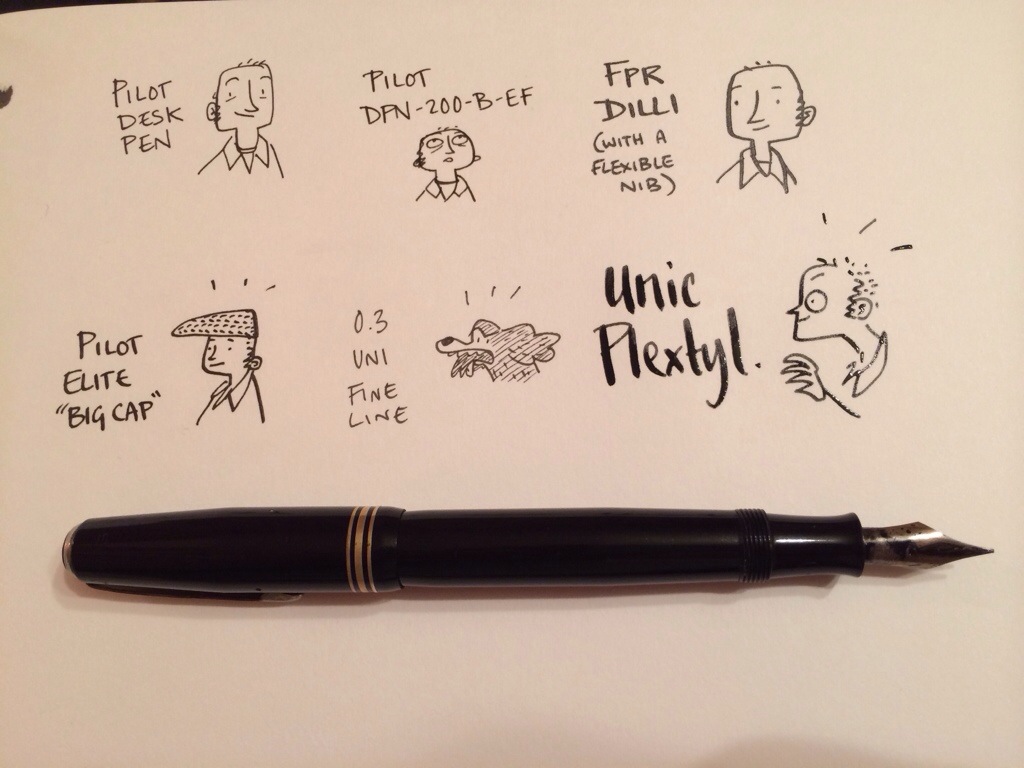 The second pen turned up today. Also French, this one says ‘Soma Modele Depost’ on the barrel and ‘Warranted’ on the nib. Although not as capable of reaching the same levels of broadness as the Unic, it suits the scale and style of my drawings perfectly. PERFECTLY. I can’t begin to tell you how excited I am about this. It is as smooth as silk and whispers sweet nothings across the page. As far as I am now concerned, I’ve got pretty much my ideal pen. You may form an orderly queue to kiss the pen next time you see me. 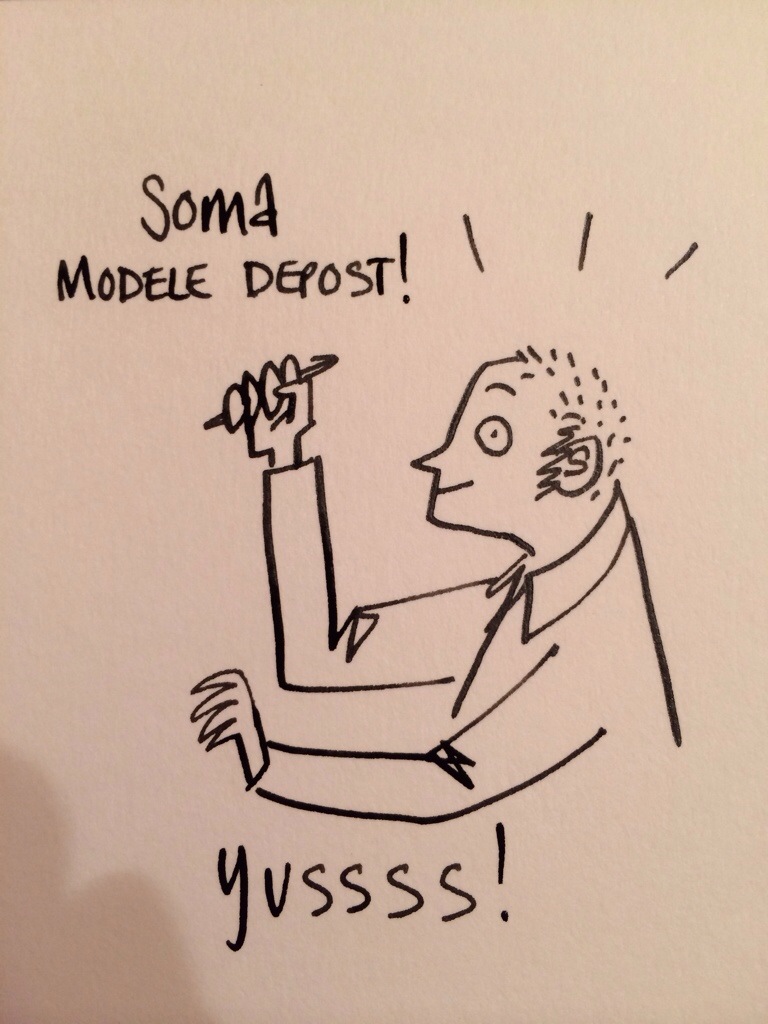 UPDATE - I misread the barrel of the Soma -  it actually says ‘Modele Depose’ not ‘Depost’. Can I blame autocorrect for that? 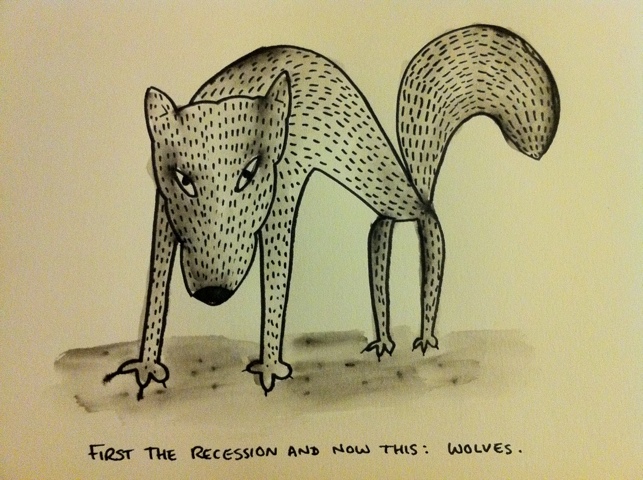 Hush! You are in a bookshop! 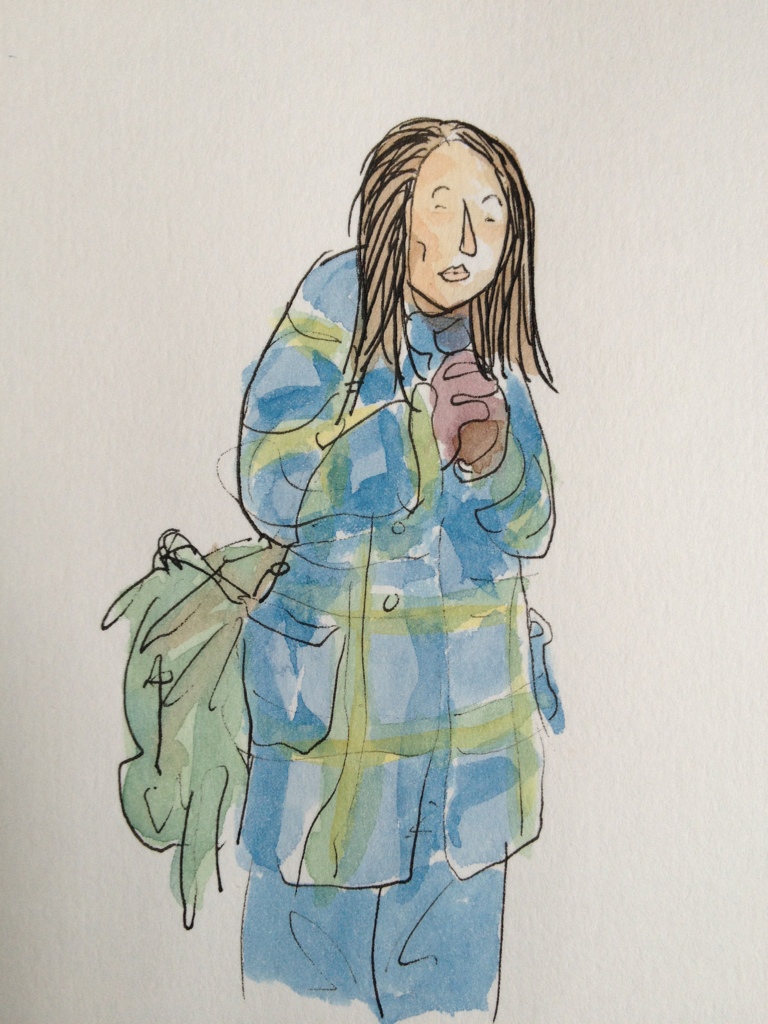 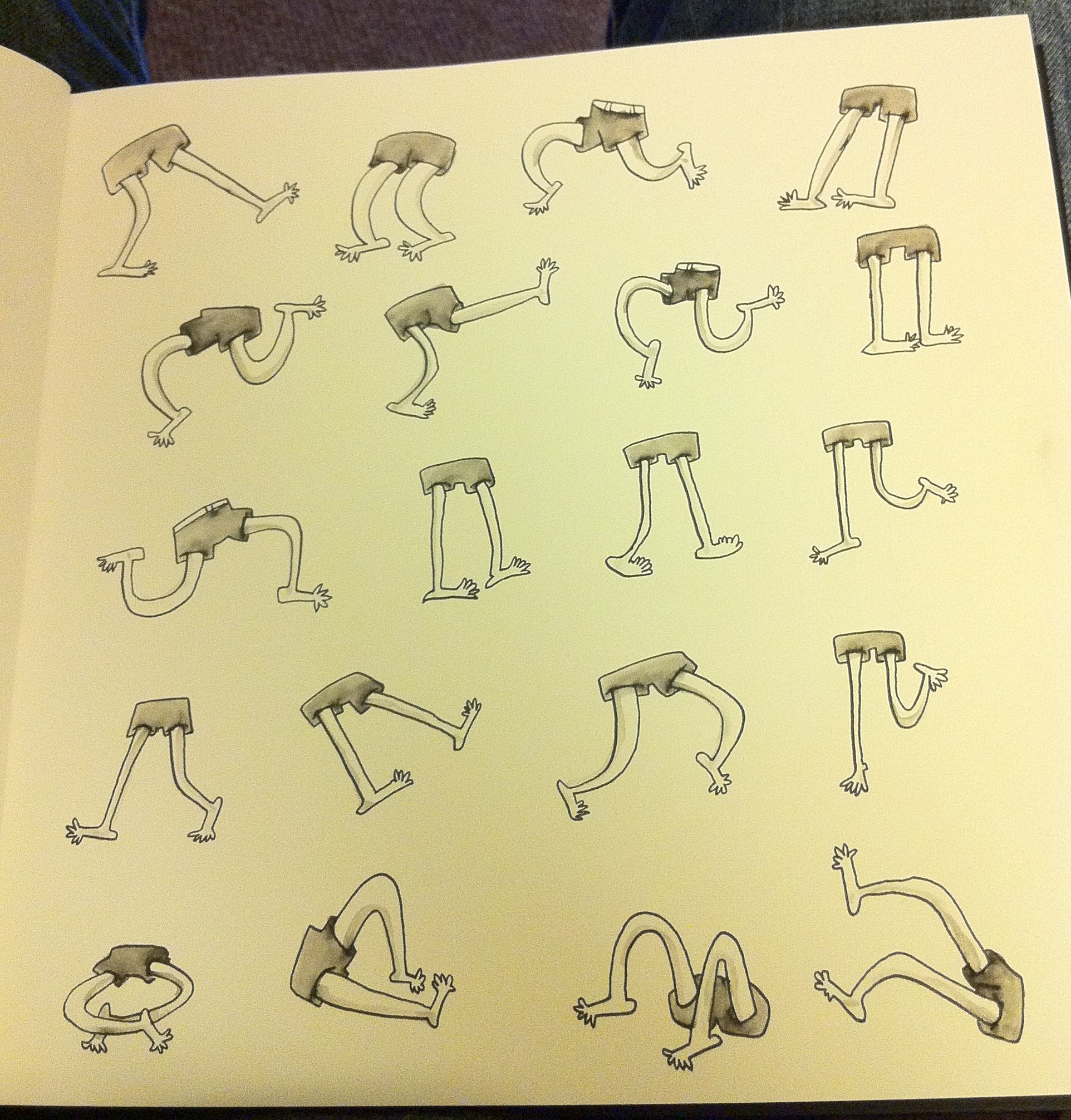 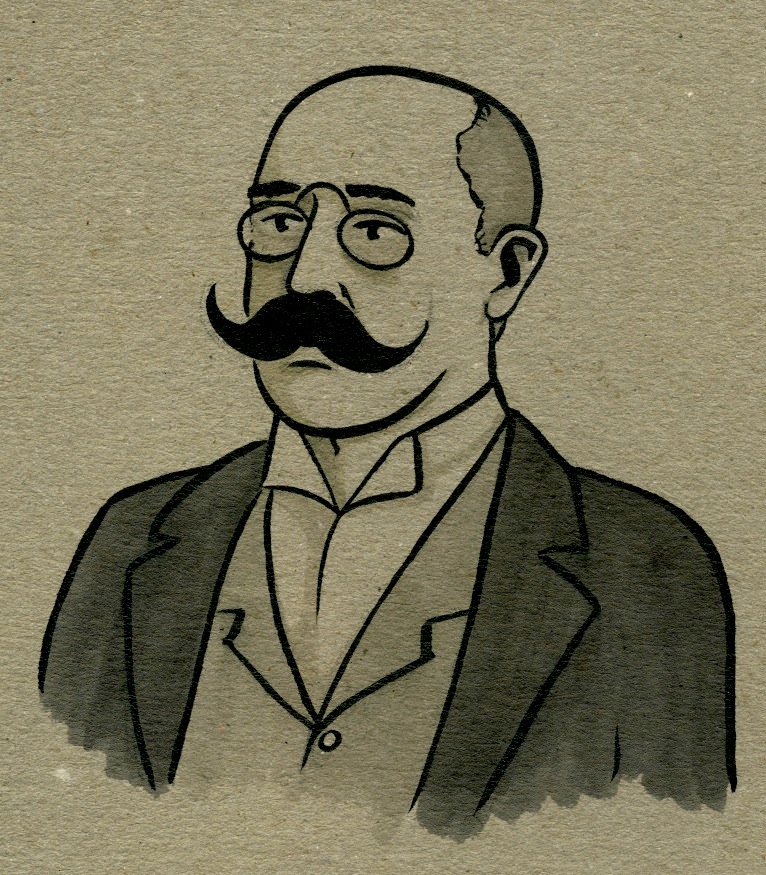 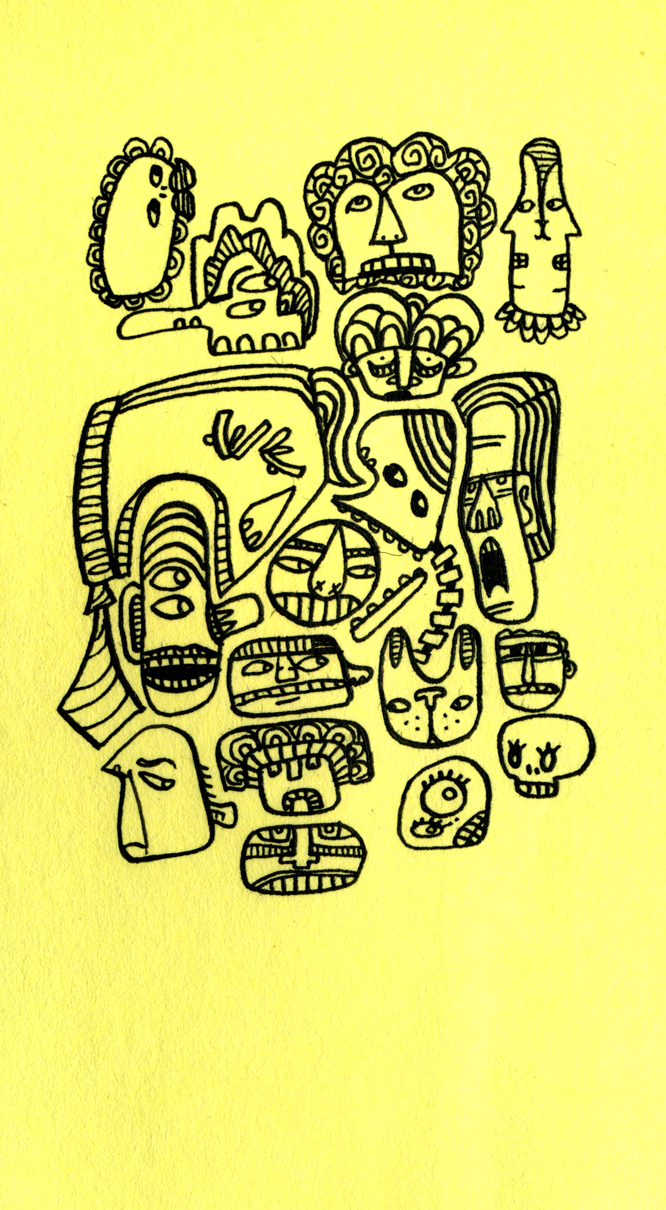